Checking in from Korea

March 19th marks the one month anniversary of my time here in Korea. I’ve packed so much into this initial month and I figured it was time for an update to share what I’ve been up to since landing in the currently very cold South Korea!

The flights over were incredibly long, but bearable. The Olympics were still going on at the time and we even had a few athletes on our flight, which was cool. Orientation was the first week and a half and consisted of heavily scheduled days and nights filled with classes on everything from learning Korean to general information on being an English teacher in Korea. We even had a fun field trip day out to Jeonju Hanok Village. The highlight of this, for me, was learning the history behind Bibimbap in the birthplace of Bibimbap! In Korean, bibim means mixed and bap means rice. Therefore, the dish literally translates to mixed rice. Our teacher emphasized the importance of using odds and ends of whatever vegetables you have on hand to craft the dish. Basically, Bibimbap has been on the food waste fight train long since before it became trendy. You can’t be mad about that or with how gorgeous the dish looks below! 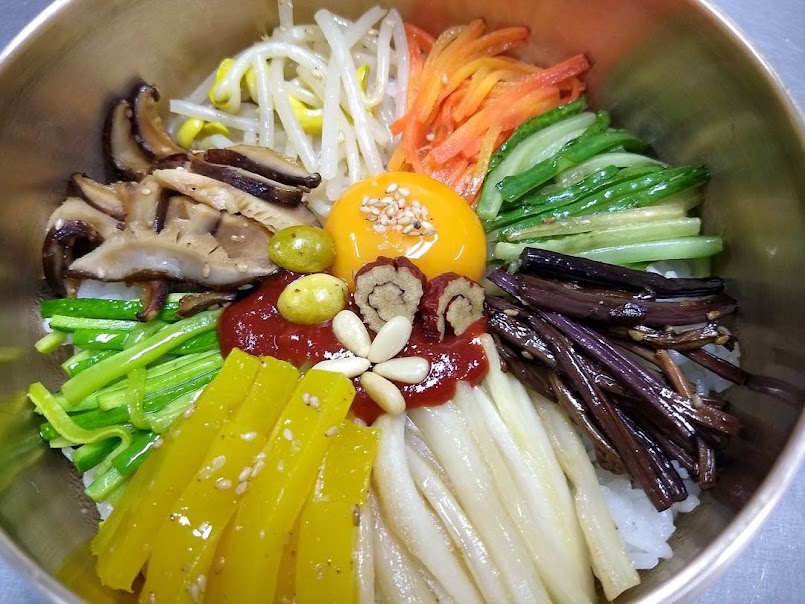 The last day of orientation we found out where our teaching placements were. Native English Teachers (NET aka myself) are placed all over South Korea, with a different NET teaching at a different elementary, middle and/or high school. I’ll be honest, I freaked out when I found out I was placed in Pocheon. Try googling it. Nothing pops up and if it does, it’s all desolate farmland. After many long, deep breaths and waiting to see where I actually lived before freaking out further, I thanked my lucky stars when I discovered my apartment is in the town of Songu-ri, one of the most populated and accessible towns in Pocheon. I also knew I was going to be okay when my school took me out for a welcome dinner to the most swaggy Korean barbecue restaurant I’ve ever eaten at. The photo below may make you drool in hunger, beware. They also call Songu-ri the Gangnam of Pocheon. If you’ve heard Psy’s song Gangnam Style (here’s a refresher for you, in case you need one), then you know Gangnam is an extremely affluent area of not only Seoul, but South Korea, in general. Restaurants and shops are bountiful and varied. My apartment is mere steps from anything I could possibly need. If you’ve watched my Instagram stories, you also know of my new obsession, Homeplus. I can walk there in two minutes to grab groceries, houseware needs, clothes and anything in between. 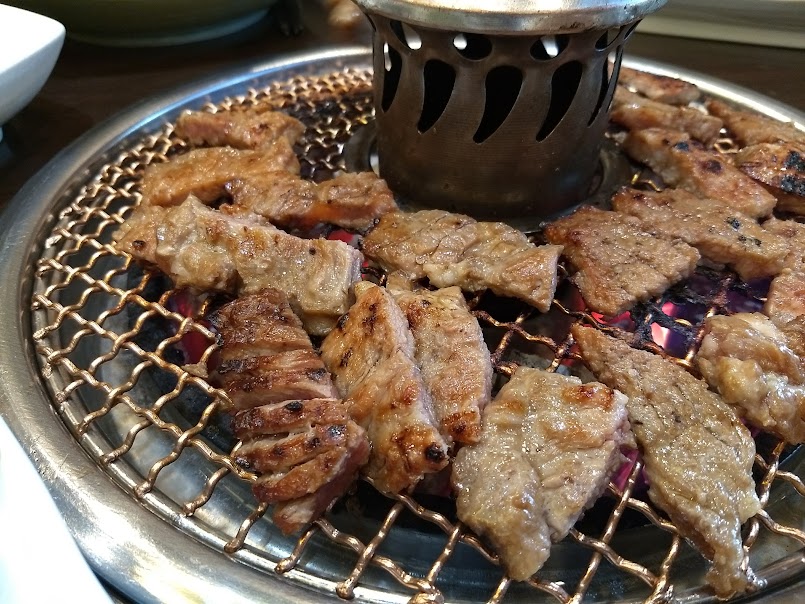 I teach at two elementary schools, one that’s a 15-minute bus ride out into the country and one that’s a 15-minute walk from my apartment. I teach grades 3-6, which is different because of Korean age. This would equate to around 2nd-5th grade in the states. I’m enjoying both schools, but really like the school I’m at out in the country. I teach there more days of the week and teach the after school classes. I’ve had more of a chance to bond with the kids and especially loved our lesson this week on St. Paddy’s Day and Dr. Seuss. 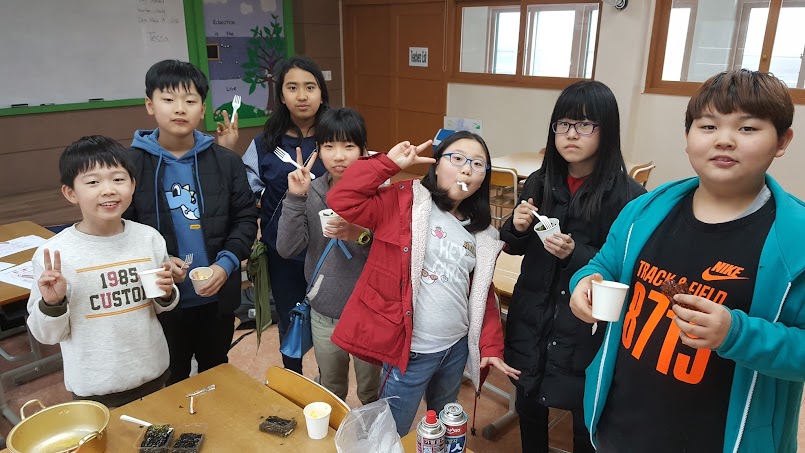 Reading Dr. Seuss and noshing on Green Eggs and Ham

My Korean is still shabby, but I’m practicing every day and picking up more words as I go along. I live in an area where very few people speak English outside of my school, so learning Korean is a must. When all else fails, thank goodness for Google Translate. It has saved me on more than one occasion!